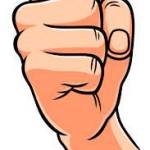 What happened to Warren Viti - owner of iChild patent with IP australia?

“At least half of the therapists helping Monarch slaves are programmed multiples themselves!
The therapeutic community is heavily infiltrated. The help lines for women in crisis are all dirty. Some of the Christian groups that claim to help SRA victims are really fronts.”
Fritz Springmeier

Beyond Blue has been called out as a front to silence survivors. Here’s the past leaders..
the fish rots at the head.

KENNETT
“There is a file containing serious child sex offences (against boys) by Jeff Kennett, but because of his enormous power in Victoria, the police would not act on it.
It was also alleged that Jeff Kennett intentionally abused the boys in unusual situations (for example, in a helicopter) so that if it ever got out, the boys' testimonies would seem unbelievable.“
Reina Michelson 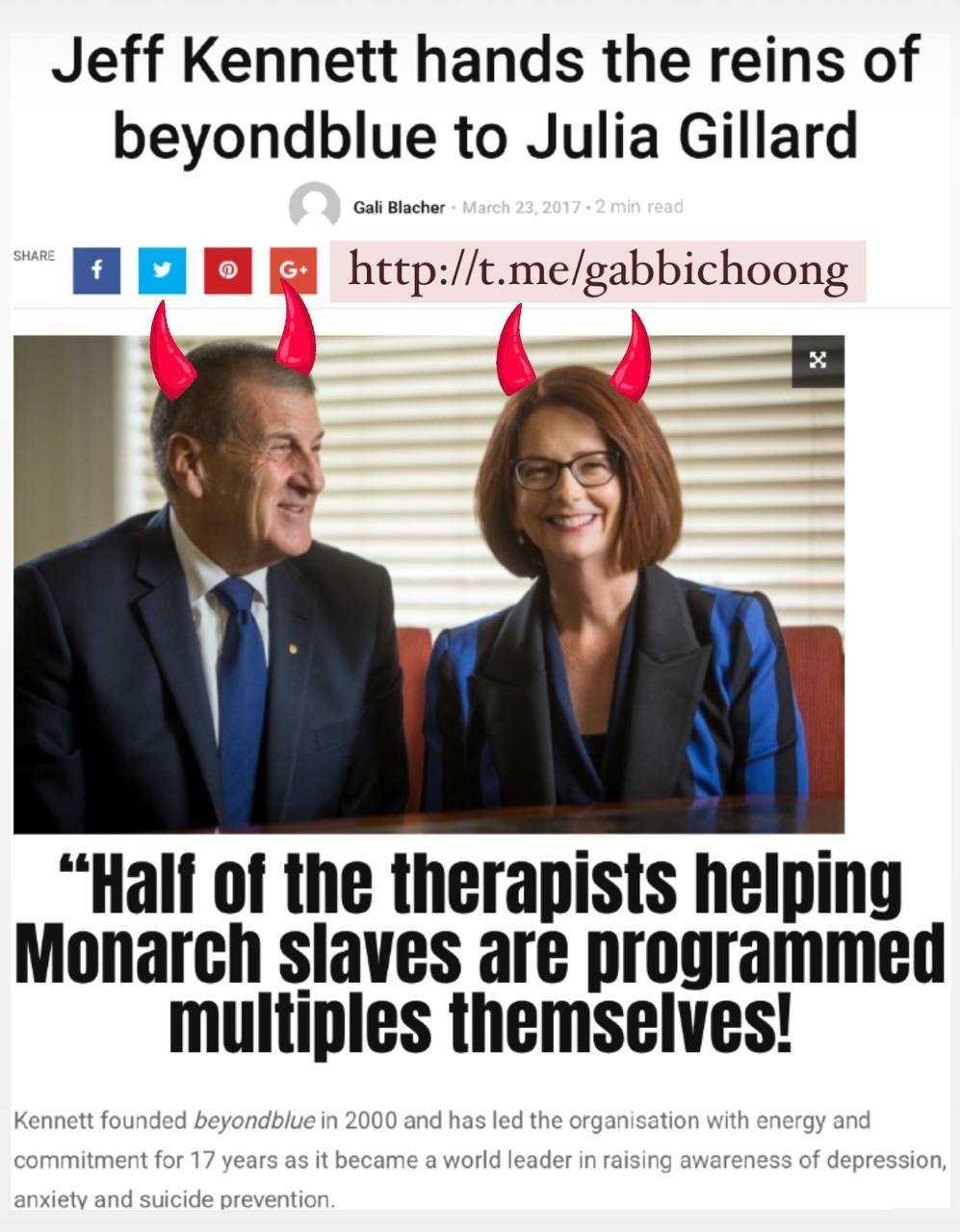 MODERNA ARE BUILDING A FACTORY IN MELBOURNE:

WHY HAS THE GOVERNMENT QUIETLY MADE MODERNA UNAVAILABLE ?

Are parents informed that, of the Pfizer vaccine in adolescents, just over one in 100 people report going to the emergency department and seeing a doctor after their second dose of Pfizer but just under two in 100 do if they are given a dose of Moderna?

For adolescents, the chances of ending up needing to see a doctor or going to hospital increase by almost 100 per cent if they take the Moderna vaccine over the Pfizer vaccine. Are parents being informed of that?

Doctors are panicking now as they are not covered by the “immunity from getting sued deal” as between government and big pharma- no- they have duty of care to their patients and a contractual relationship. I predicted earlier on that doctor’s professional/negligence insurers will also be panicking big time especially after Dr Phelps recent interview (unless ASIO will label her and her partner as radicalised extremists). They can’t have it both ways- something has to give.

See the schedule of all recipients of this letter-all received it via email on 6.11.20 therefore put on notice:
https://www.concernedlawyersnetwork.net 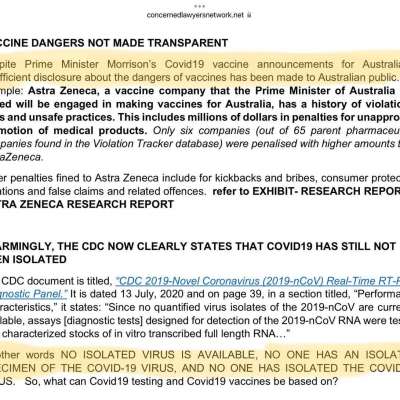 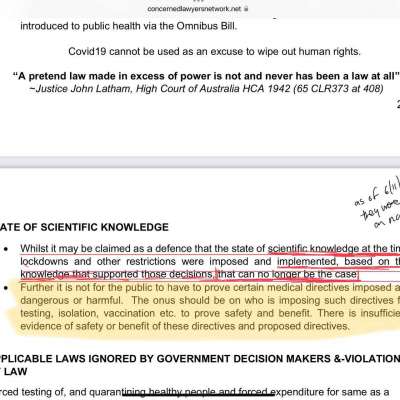 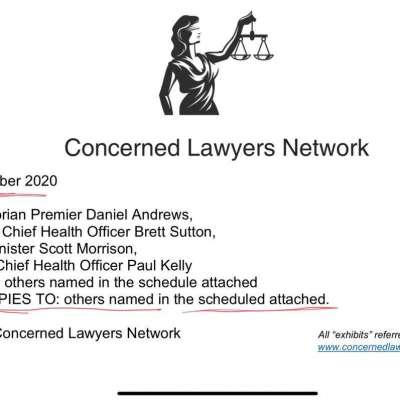 What happened in Melbourne was unbelievable. People around the world need to know what happened and why many accepted this tyranny.