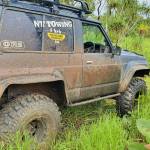 Footage we received from a customer that we recovered two nights ago bogged off Fog Bay Rd while chasing the storms for some great pictures
https://fb.watch/buX2zuqV8u/

Kubota just shows you it doesn't matter what you have wheels or tracks everything in this weather gets stuck. 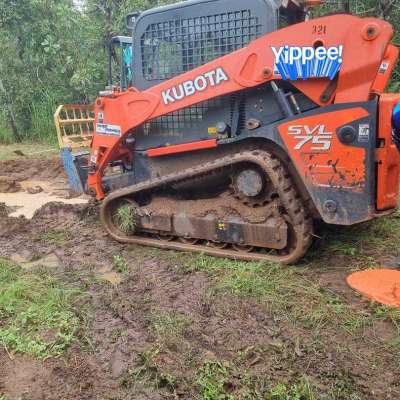 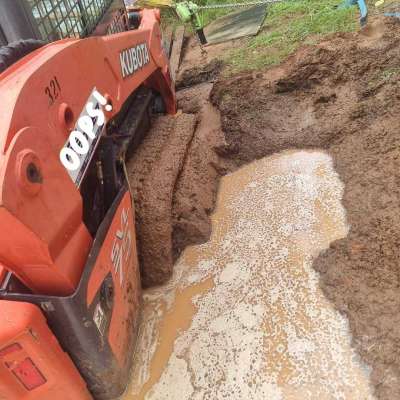 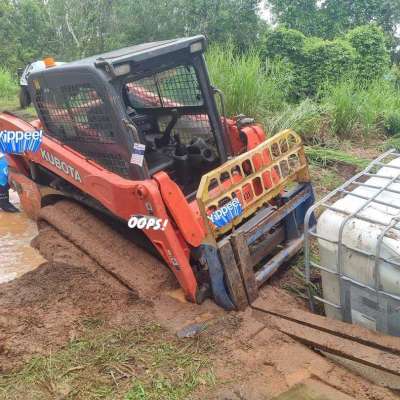 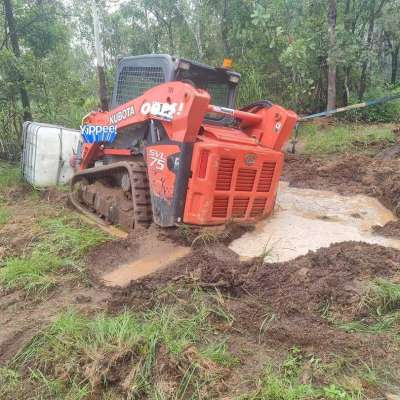 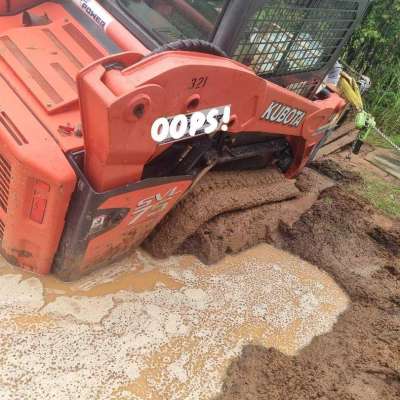 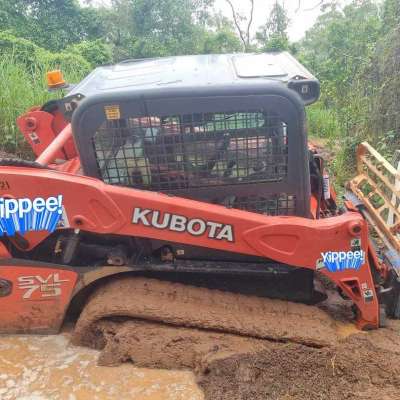 Received a call from a customer who had gotten a food bank bus bogged in Malak trying to deliver food to the church.
The crew quickly saddled up and headed out, once they arrived they got to work setting up the winch extension lines and winch lines to set up for a double line pull.
Although the bus had gone over the same area just last week with no problems its easy to see the amount of rain we have had now making the semi hard ground slop .
So with two cars anchored to the tree behind them and the trax set up it was time to winch and it came up nice and easy unfortunately it slipped off the trax and sunk again.
Making us decide that the best option was to unfortunately to skull drag it the rest of the way out as the trax were just constantly slipping out from under the tyres.
Once on hard ground the driver and people from the church unloaded the bus with (military precision) thanked us for our assistance and we were on our way. 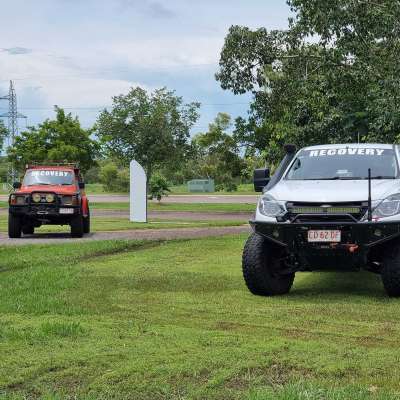 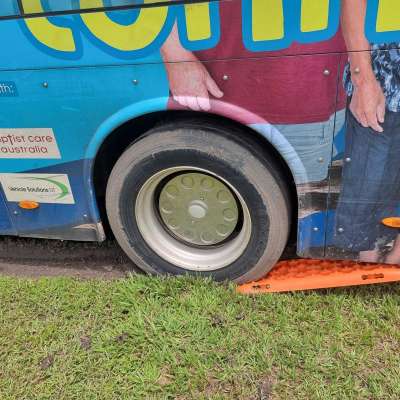 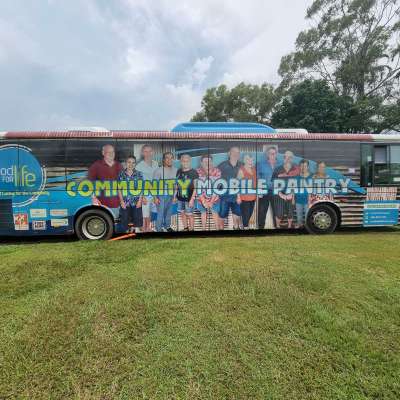 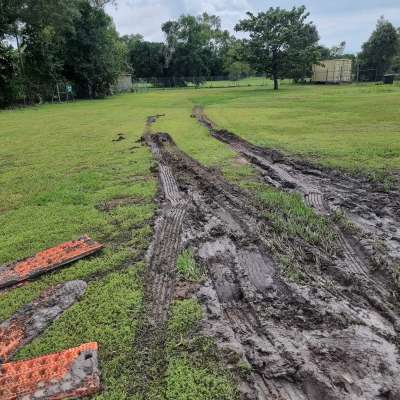 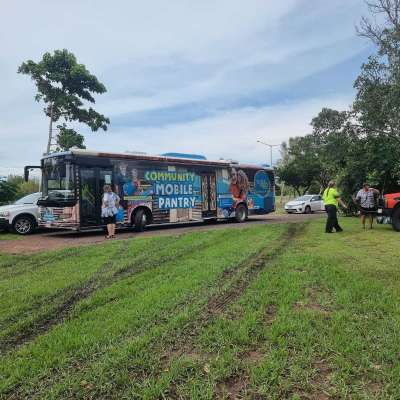 Yesterday was interesting to say the least with two recoveries .
First off was this 200 series Landcruiser that was taking is wife and son out for a day at Crocodylus Park when he decided to do a "little detour" Ooops!!
While driving in the customer noticed that the track was starting to become quite soft so he stopped to put it into low range unfortunately once he stopped he sank into the black soil pretty quickly, and by that time both his wife and son were terrified they were stuck in the murky water where the 🐊 were lurking and decided to get out while they could and stay on dry land and watch out for the snapping handbags.
With a quick phone call to the professionals and we were on our way to help him and his family get back on the road going into the (Lake Placid) water not knowing what was lurking underneath we made quick work of the job with some winching,the famous spare tyre trick and some traxs we had him back on hard ground with enough time to take his son to Crocodylus. 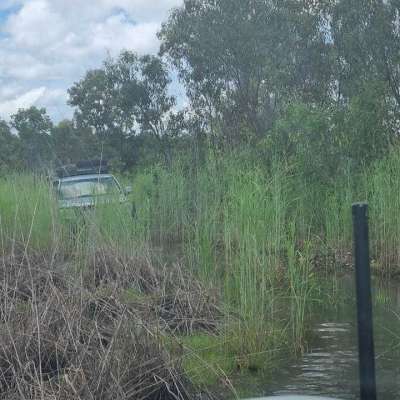 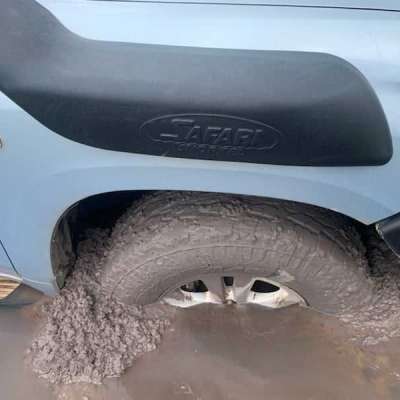 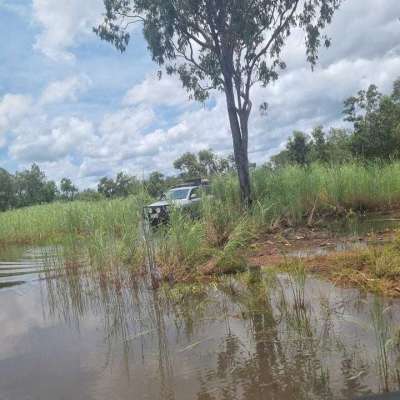 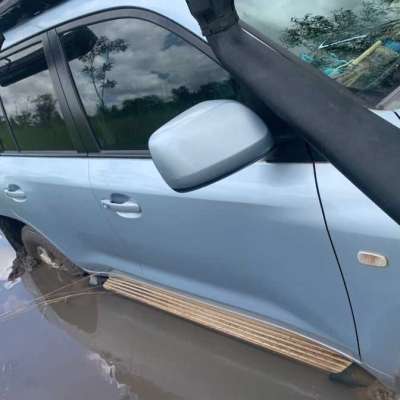 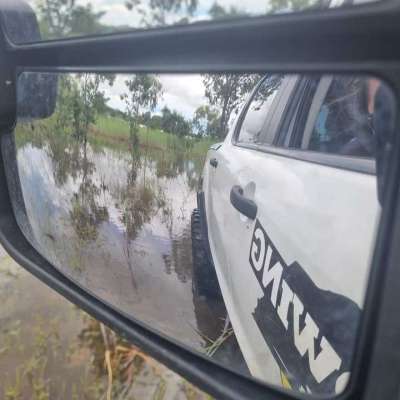 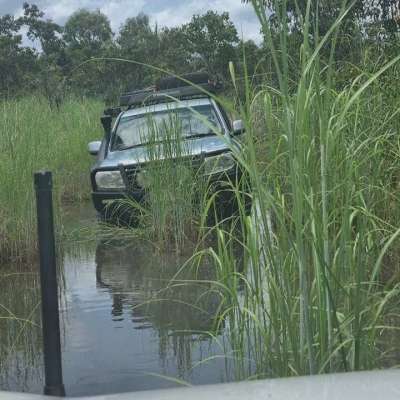 NT Towing 4X4 Recovery is the only solution you need for fast reliable recovery with guaranteed results of your Car, 4x4, Boat, Truck, Forklift, Franna you name it we've recovered it.
We work with all insurance companies and are THE ONLY RECOVERY BUSINESS IN THE TERRITORY THAT IS FULLY INSURED TO DO MUD RECOVERIES!
We have a 100% Success rate
We guarantee to get you unstuck with thousands of recoveries under our belt.
0458-122285

You have already rated this page!