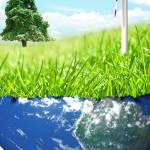 PLEASE SPREAD THIS EVERYWHERE AS MANY OF US KNEW THIS IS COMING :

A new paper published by the Global Warming Policy Foundation (“GWPF”) warns that renewable energy policies being pursued around the world are unrealistic. 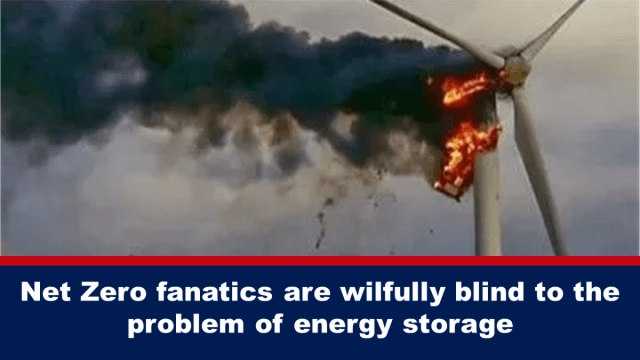 Stephen Fry and the climate of hypocrisy

"What exactly does he not understand about ‘climate deniers’?

Let’s take a quick look at the views of those crazy denialists. According to William Happer, one of the world’s most distinguished scientists and former adviser to two US presidents, anthropogenic climate change is real – we do have an impact on the climate, but it is small (nothing like a ‘crisis’) and in many ways beneficial (‘global greening’).

Happer and others argue that CO2 (the stuff of life, let us not forget) is a very minor greenhouse gas, and, due to the saturation effect, there is a limit to how much it can affect climate. He uses the analogy of painting a barn door: there are only so many coats you can apply before there is no further impact. In other words, China can build as many coal-fired power stations as it wants, and that may not be good at a surface level, but beyond a certain, not very scary, level, it won’t make any difference to global temperatures.

Added to this, there is the awkward fact that the world isn’t co-operating in the climate crisis narrative. The Arctic and Antarctic have failed to melt away; the Great Barrier Reef, for which an obituary was written in the Guardian, is flourishing, and those pesky polar bears, penguins and whales, just refuse to do the decent thing and disappear. So, to paraphrase Jim Callaghan, ‘Crisis? What crisis?’

Happer’s arguments, shared by many of the world’s most distinguished scientists, should, along with other sceptical viewpoints, certainly be subject to scrutiny. But they certainly shouldn’t be airily dismissed, particularly by someone who by his own admission knows nothing about science: ‘ . . . anything too scientific leaves me having to clutch at a table, feeling a bit weak and hopeless’.

Fry says he can’t understand the people who hold sceptical views on climate views. Can’t, or won’t? The first step to understanding something is wanting to understand it, and if you don’t want to, you never will. This seems to be Fry’s problem, as with many a climate zealot. It is a dangerous mindset, leading you to close your mind to uncomfortable information and denounce unbelievers as heretics.

Fry says in his article that climate deniers ‘now seem to be diminishing in numbers, thankfully’ suggesting these dreadful people are one species he would be glad to see become extinct. And yet this is manifestly untrue. The WCD (World Climate Declaration) is a campaign group of some 1,400 scientists, engineers and experts led by Nobel laureate Ivar Giaever. Hundreds are signing their declaration every day. These, their key points, even a science ‘illiterate’ should be able to understand:

· Natural as well as anthropogenic factors cause warming

· Warming is far slower than predicted

· CO2 is plant food, the basis of all life on Earth

As for other evidence of scepticism the Swedish government has just scrapped its environment ministry. Huge protests against compulsory farm closures have been happening in Holland. The Sri Lankan government fell after a popular uprising provoked by its climate policies. In the UK, the third highest polling party Reform UK promises a referendum on NetZero (‘Net Stupid’) suggesting considerable scepticism here."

Be aware that, while our utterly corrupt governments, for example in U.K., urge us to “jog on the spot” to stay warm INSIDE our houses, because “climate change”. Meanwhile, this one large BMW plant builds 1,600 finished internal combustion cars EACH DAY. Almost half the cars are exported to China. You can see the extraordinary cognitive dissonance at work here.
Resolution comes from awareness of the deep background to “climate change”. The claims made about CC are not consistent with real scientific enquiry and data. The pretence of a “climate crisis” was built on decades of planning and persuasion. Those I term “the perpetrators” determined this path & course of action way back in the 1960s with the Club of Rome. The death nell for human freedoms was signed off at the 1992 “Earth Summit” in Rio. The perpetrators have been patiently working through the generations, simulating global crises of infectious diseases, terrorism, global warming and no doubt more, like war, supply chain breaks, economic hardship and global financial crises. Virtually nothing happens without reason.
None of the dismantling of the modern world is unplanned. All of our institutions have been corrupted, notably Parliament, police, armed services and the judiciary.
All it would take to stop it is that a sufficient fraction of the population to realise what I’ve just summarised, itself the product of many years research. As it is, most people will never suspect or believe that their own government and institutions are actively planning their demise, yet that’s exactly what they’re doing.

Let's look at the Environment and our everyday lives to heal ourselves and the magnificent Earth we live on.
List your fears about Chemtrails here..... anything